Substance abuse, in and of itself, is a dangerous disorder that can lead to many worsening health conditions, according to the National Institute on Drug Abuse. If, however, an individual also suffers from diabetes, the long-term health risks of both conditions can be exacerbated. Generally speaking, when someone is suffering from substance abuse or addiction, they may not pay strict attention to their health needs. Without proper diet and nutrition, diabetes is difficult to control and addicts with diabetes place themselves at risk for serious problems. 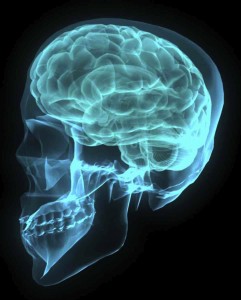 When an individual suffers from both substance abuse and another condition, they are said to be suffering from a dual diagnosis or comorbid condition. In fact, according to the National Institute on Drug Abuse, individuals who suffer from disorders like depression are far more likely to also suffer from substance abuse. On that same note, according to information published by the US National Library of Medicine, there is a well-defined link between depression and obesity. If we follow this particular path, with the established link between obesity as a risk factor for type 2 diabetes, it is easy to see that substance abuse and diabetes share common elements.

In addition to a cycle that can lead to both disorders, both substance abuse and diabetes can drastically affect one’s help in very similar ways. Depending upon which types of drugs are abused, an individual can effectively burn their health candle at both ends. Have you ever seen a person attempting to drive a car while they were texting?  Have you ever seen someone attempt to drive their vehicle while putting on makeup?  Neither of these decisions is wise, as they lead to distracted driving and an increased risk of accidents. However, if an individual is texting and putting on makeup during their morning commute at the same time, the risk of an accident increases even more. Abusing substances when one suffers from diabetes is much the same.

Diabetes Can Lead to Stroke

According to the American Diabetes Association, a stroke is the result of an interrupted blood supply to the brain. Generally, strokes occur when blood clots form in the brain or neck. When an individual suffers from diabetes, their risk of a stroke can double or even quadruple. To help protect yourself from a stroke, it is important to take very good care of your health.

What some individuals who abuse substances may not realize is that certain drugs will also increase one’s risk of developing a stroke. One study, highlighted by the National Institutes of Health, indicates that there has been a significant rise in the number of cocaine-related strokes due to the use of crack cocaine. Perhaps the most frightening aspect of this information is the fact that stroke causes more disabilities than any other event or condition not only in the United States, but in all developed countries worldwide. When comparing death rates among developed nations, stroke is the number three killer. 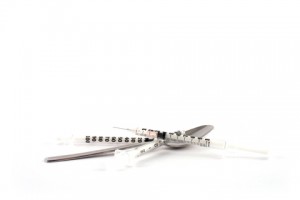 Individuals who participate in the abuse of drugs and alcohol have an increased risk of contracting HIV, the virus which can lead to acquired immune deficiency syndrome, or AIDS. While many individuals associate the drug-related risks of this terrible disease only with intravenous drug users, the compromised ability to make sound decisions can also lead the spread of the disease.

Drug abuse and addiction, quite literally, change the way an individual thinks and behaves. A person who would never dream of leaving a nightclub with someone they have only just met while they are sober may make the decision to do that very thing while they are under the influence of alcohol. Some illicit drugs, such as Ecstasy, affect levels of hormones produced in the human brain, as well. Specifically, according to the NIDA, this drug affects one’s feelings of love and sexual arousal, and that can lead to the drug user’s inability to make healthy, sound decisions. It is important to remember that HIV can affect anyone, regardless of sexual orientation or levels of promiscuity.

The relationship between HIV and diabetes is two-pronged. If an individual already suffers from diabetes, but their substance abuse has led to exposure to the acquisition of HIV, the medications necessary for the treatment of the HIV can make it rather difficult to control one’s blood sugar. On the other hand, if drug abuse leads to the contraction of HIV in someone who does not suffer from diabetes, they place themselves at risk of developing the condition because of those same treatments.

The experts have stated that substance abuse issues are best treated with an effective treatment program to help the individual recover in a healthy manner that addresses their multiple needs. This might include:

If you or someone you love suffers from substance abuse and diabetes, nutritional counseling can make a significant difference in the level of overall success achieved. The American Diabetes Association has stated that using good food planning practices can help someone who suffers from diabetes maintain their health over the long-term. It is also important to partake in regular exercise. The good news is that these types of healthy behaviors can also be of benefit when one is recovering from substance abuse.

Exercise can help an individual recover from drug addiction because of the physical effects that strenuous exercise has on the human brain, according to an article published by the Huffington Post. Specifically, exercise causes the brain to manufacture endorphins, which can help to replace the “high” that was formerly obtained through the abuse of substances. Additionally, when exercise is involved, the brain produces a substance, endocannabinoid, which has been linked to the management of stress. Because stress has been established as a trigger for relapse, controlling stress in healthy ways is paramount to the overall success of any recovery program. 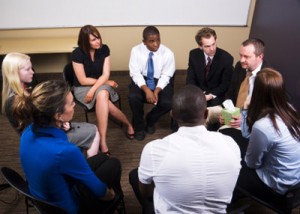 There are several stages to every recovery program. The first step to recovering from the abuse of drugs or alcohol is the detoxification process. Detox is not a treatment program by itself, but rather the first days during which an individual’s body metabolizes and eliminates the toxins to which it has been exposed. Depending upon the type of drug abuse, detox can be relatively mild or more severe. Some drugs of abuse, such as opiate drugs, can cause an individual to feel physically ill and experience some levels of pain which may need to be managed in a medical detox facility. In some circumstances, the use of medications can alleviate some of the symptoms. Other types of drugs, such as stimulants, may not cause the same physical symptoms as opiates but may result in increased anxiety or irritability that can threaten an individual’s ability to remain sober. If this becomes an issue, it may be necessary to utilize the services of a professional detox facility as well.

When you or someone you love begins the treatment process after detox, the facility should perform an overall assessment to make sure that any co-occurring conditions – whether physical, mental or emotional—can be addressed immediately. If it is discovered that you suffer from diabetes, or you already know you have diabetes, attention must be paid to diet and exercise or medications, if needed. If the experts diagnose a mental disorder, such as depression or anxiety, that can be treated as well. When all of the parts of the whole person are treated equally, in a holistic and all-encompassing manner, the treatment program will be tailored to the specific needs of that person.

Finding a treatment center that can address substance abuse and diabetes might seem like a frightening prospect. It doesn’t need to be, however, when you consider that the NIDA has been researching what an effective treatment program is for years. Using their exhaustive research as a base, when you’re looking for a facility, remember to ask yourself these questions to help you make the most informed decision possible:

If you or someone you love is suffering from substance abuse and diabetes, please do not hesitate to contact us here at Axis right away. We can answer your questions and help you make the right choice for the better health and wellness of your family.