An overdose is considered an accidental poisoning, according to the Centers for Disease Control in the United States, because an individual does not intend to overdose on a drug, such as heroin. The intention is usually to use the drug for the euphoric effects or to stave off withdrawal symptoms. When the overdose occurs, however, the effects are the same.

The New York Times Heath Guide reports that heroin overdose can cause slow and shallow breathing, or the individual may stop breathing completely. When this occurs, the brain is starved of necessary oxygen. According to the Brain Injury Institute, a lack of oxygen can result in several serious problems, including:

Also of note, according to the University of Utah Genetic Science Learning Center, heroin is the most frequent drug involved in overdose deaths. The deaths are generally due to respiratory failure. Overdose is not a pretty word. When the issue of overdose comes up, many individuals immediately think of the worst possible scenario: death. A death related to heroin overdose can occur rather easily because of the drug‚Äôs sedative nature, according to the National Institute on Drug Abuse.

How Does Tolerance Play Into Heroin Overdose? 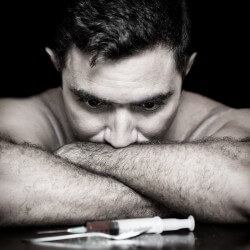 Tolerance occurs when a person is exposed to a substance over a period of time. The brain and the body become used to the substance and therefore, in order to obtain the same euphoric effects of drugs like heroin, the user must expose themselves to more of the substance. Tolerance, in and of itself, is not an addiction. A person may develop a tolerance to a prescription drug, and the doctor may prescribe something else to achieve the effects. In the case of heroin, however, the drug is highly addictive and tolerance can lead to addiction more easily.

In severe cases of heroin overdose, an antidote can be administered. Naloxone, according to the National Institute of Health, can both prevent and reverse respiratory problems, as well as the sedative effects of heroin and other opiates. When naloxone is given to someone without opiates, there is no effect on the system. Unlike some other drugs, such as methadone which has been used to treat heroin addiction, this drug has no signs of additive properties. Naloxone does not provide relief from damage already done, however.

If someone in your life is struggling with addiction to heroin, it is easy to think they can simply stop using if they choose to quit. Many times, family members ask themselves and their addicted family member, ‚ÄúWhy?‚Äù¬Ý Why can‚Äôt they stop using drugs?¬Ý Why can‚Äôt they live up to their potential? The question of why some individuals suffer from addiction and others don‚Äôt is a question the experts are trying to answer. In the meantime, it is important to understand that most drug addicts can‚Äôt stop without help. Once you‚Äôve come to terms with the fact that drug abuse changes how the brain functions and that drug use is a compulsion once addiction has taken root ‚Äì not a preference or choice in most cases‚Äîyou‚Äôll be in a position to help your loved one prevent a heroin overdose.

Preventing a heroin overdose means getting help for the person in your life who is at risk. Drug addiction is a treatable disease and there are proven methods that can help control and manage the disease. Lifestyle changes, individual and group therapy, cognitive behavioral therapies, and even participation in 12-step programs have all shown to be effective. In addition to the evidence-based treatment for drug and alcohol addiction, we here at Axis provide holistic alternative therapies, such as acupuncture, meditation exercises and massage to help the individual recover as a whole person. Each treatment program is designed specifically for each resident, because we believe that each person is unique and deserves individual attention to their specific circumstances, as upheld by the National Institute on Drug Abuse. There is only one sure way to prevent a heroin overdose ‚Äì getting help and getting off heroin. Call today to find out how we can help you.