Between the years 2002 and 2004, the number of people who abused sedative medications decreased from 1.7 percent to 1.4 percent, according to the Substance Abuse and Mental Health Services Administration. That’s quite a dip, and it seems to indicate that people are learning about the dangers inherent in abusing a prescription medication that’s designed to soothe the mind. Even so, there are a number of people who choose to take the sedative drug Ativan for recreational purposes, and these people may develop very persistent addictions that only targeted treatment can heal. This article will outline the dangers inherent in an addiction like this.

Ativan is a benzodiazepine medication that works by dampening activity inside the brain. A person with an anxiety disorder may have brain cells that are firing at twice the normal rate, or even three times that rate, and they may feel jittery, upset and unable to relax, almost all the time. The soothing and relaxing effect of Ativan can allow their minds to work at a more reasonable pace, and as a result, they might be more likely to get through the day without panic. The drug is so effective, according to an article in American Family Physician, because it works quickly and wears off just as suddenly. This means that people with anxiety disorders can take the drug when they need to do so, and feel relief on the spot. Instead of taking medications all the time, and feeling impaired all the time, they can simply use an intervention when it’s needed.

Unfortunately, the rapid onset of the drug is also a large part of what makes this drug so very dangerous.

While people who take the drug for a medical condition may feel only relief with each pill they swallow, people with addictions tend to target a different type of feeling that Ativan can bring about. When they take the drug, they take an extremely high dose, and they overwhelm the body’s systems. Each little molecule of the drug that attaches seeks out a specific receptor that binds to a portion of the brain’s pleasure pathway. The chemical reactions that take place can make a person feel euphoric, almost as though the person had taken in a significant amount of alcohol or some other type of pleasurable drug.

All benzodiazepine drugs work in this manner, but there’s some evidence that Ativan is more effective in bringing out a pleasure response, when it’s compared to other drugs in the same class. For example, in a study in the Journal of Clinical Psychopharmacology, researchers found that people “liked” Ativan better when they’d taken the drug an hour prior, and they felt a greater impact on their motor skills and steadiness. In other words, the drug worked quickly, bringing about a big change in the way people felt, and they liked those changes a great deal. The rapid onset of Ativan, which makes it so valuable as a medical intervention, also makes it slightly more pleasurable, which can make it more dangerous from an addiction perspective. People can move quickly from use to abuse, when the drug comes on strong and produces such a big response.

People who take Ativan recreationally may become emotionally and physically attached to the pleasure and sedation the drug can bring about, and they may find that their bodies aren’t willing to produce those sensations readily.

According to the Center for Substance Abuse Research at the University of Maryland, this kind of tolerance tends to develop in people who have taken these drugs for six months or longer. It’s an extremely dangerous situation, as those who have a tolerance may begin to change the ways they take Ativan.

When a drug tolerance develops, people with addictions find that they must take in higher and higher doses in order to produce the effects that were once readily had with small doses. They’re fighting against bodily defense mechanisms, and winning that battle is difficult. In time, people might take in doses that are so high that they’re not compatible with life. They might feel euphoric, but the sedating properties of Ativan can slow breathing rates to a crawl. Some people simply just don’t wake up when they take huge doses like this.

With advanced tolerance also comes an increased risk of addiction. People who have fought against their bodies and forced their bodies to accept large amounts of Ativan may come to feel as though they need the drug in order to survive. Their brains have been chemically modified, and they simply can’t get their cells to function without a hit of drugs.

If these users attempt to curb their abuse by either reducing their dosage level or abruptly discontinuing their abuse, they may develop intense symptoms of discomfort, including:

These symptoms can be so frightening that people come to believe that they simply can’t get better without a hit of drugs. In a way, they can’t. Their bodies have been modified, and they might need intensive medication help in order to get sober.
×

Adding to the Danger 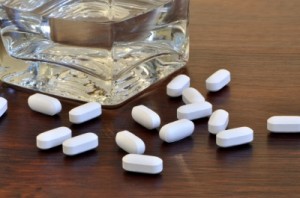 While a straightforward addiction to Ativan might be dangerous, there are some people who mix their Ativan use with the use of other drugs, including alcohol. According to a study in the American Journal of Psychiatry, benzodiazepine abuse among alcoholics is somewhat greater than the rate seen in the general population. It’s hard to know why this is the case, but it is clear that the practice is incredibly dangerous. Both of these drugs are sedatives, meaning both have the capacity to slow breathing rates and heart rates. Mixing them together could lead to a situation in which the person stops breathing or the heart stops beating. Loss of life might quickly follow. This is dreadful, but even those who use Ativan in order to support a different kind of addiction might also experience intense difficulties.

Some people use Ativan to help them modify their experiences while on other drugs. They might use the medication to help them to smooth out a rough cocaine high, for example, or they might lean on Ativan to help them feel calm when they don’t have access to another hit of heroin. This kind of usage allows addicted people to feel protected from the consequences of very serious cases of addiction, making their drug use and abuse issue seem almost relaxed in comparison. It becomes manageable, rather than becoming a situation that must be amended. This could result in significant delays in treatment, allowing an addiction to move forward and become more and more entrenched.

While an Ativan addiction can cause severe misery for almost anyone, there are some things people can do in order to get better. Enrolling in a formal treatment program is a good place to start. Here, people have access to therapists who can help them to learn more about how the addiction developed, and they have access to tools that can allow them to manage their cravings without sliding back into substance use and abuse. They even have access to medical treatment teams who can help them to get sober without risking their lives in the process. For people with addictions, this can be an incredible help.