Recovering from an addiction means more than removing substances of abuse from the body and promising never to use those substances again. In reality, according to research conducted by the journal Qualitative Health Research, obtaining long-term sobriety is much like changing careers. People need to learn new skills, make new connections, create new habits and sometimes completely change the way they think about the world and the way they think about themselves. These are significant life changes, and they can be remarkably hard to achieve without some form of assistance. A business professional who wants to change careers might take classes, network with other professionals or move to a new area. Similarly, an addicted person who wants to change might enter a sober living community. Here, the person can learn more about the sober lifestyle, and develop skills that can make that lifestyle easier to maintain over the long term.

Sober living communities are designed to take over when traditional addiction treatment programs have ended. At this point, people have been through detox, so they do not have active drugs or alcohol in their bodies, and they have typically been through several weeks or several months of formal treatment for their addictions. These people understand the fundamentals of addiction care, and they may be well on their way to living a clean and sober life. However, these people might still not be fully prepared to return to the lives they once lived and the communities they once called home. In fact, returning to those former lives could spell disaster in terms of their recovery.

Addiction is considered a chronic disease that can be effectively treated, but perhaps not ever cured. People who struggle with addiction may constantly deal with the urge to use, and as a result, the rates of drug use after therapy are remarkably high. For example, according to a study of heroin addicts published in the journal Addiction, 60 percent of clients used heroin after completing their treatment programs, and the first use of heroin tended to occur quite soon after treatment was complete. While relapses like this can have a biological component, as drugs of abuse tend to cause changes in the brain that can make cravings for drugs hard to ignore, relapses can also have an environmental component.

When treatment programs are over and people return to their communities, they may be asked to deal with:

These factors may work as triggers that tempt the person to abuse drugs, over and over again. Faced with this constant barrage, it would be easy enough for people to simply give in and start using drugs once more. In fact, relapse might even seem inevitable, as the person might not be able to understand that there is a different way to live. The person may not have any role models to look up to in these communities. This is why sober living communities are so important. Here, people can discover new ways of living, and develop close relationships with people who can model new ways of living.

Harmony is incredibly important in a sober living community, as residents will not be allowed to use alcohol or drugs to smooth over social interactions. By placing people together who have similar backgrounds and similar characteristics, administrators of sober living communities hope that a natural affinity and feeling of community will arise spontaneously. Sober living communities may provide services designed for women and their small children, they may accept veterans older than 50 or they may work to assist people who make six-figure salaries. Some provide mixed communities, including people from diverse walks of life, but most differentiate their services in some way.

People who live in sober living communities do tend to have strong addiction histories, and they also tend to have poor relationships with family members and friends at home. Since the addiction is often strong, and the support received at home is often weak, these people need additional help in order to maintain their sobriety. That’s why they make ideal candidates for sober living communities.

It’s vital that people who live in these communities maintain their sobriety. After all, these residences are designed to be safe places in which drug use doesn’t take place. In order to ensure that everyone who lives in the facility is sober, mandatory drug testing is commonplace. Those who violate these rules might be faced with fines, or they might be expelled.

These communities may also have very strict rules regarding visitors. Some communities don’t allow any visitors at all, while others only allow people to visit on specific days and at specific times. Those who visit must also be clean and sober, or they’ll be asked to leave immediately. Some visits to friends and family members might be allowed, but those who do make outside visits might need to submit to a drug screening when they return.

In addition to ensuring sobriety, sober living communities attempt to provide addicts in recovery with a sense of structure. Addictions can cause people to live chaotic, unstructured lives in which every waking moment is spent in attempting to buy or use drugs. As a recovering addict, interviewed in the Journal of Consumer Research put it, “When I was using drugs, they were the focal point of my whole life. They were all I thought about.” Taking away the focal point of life can throw the addict into chaos. By providing a sense of structure, sober living communities attempt to repair that damage. People may have forgotten how to lead normal lives in which chores, connections and work are important tasks to take care of each day. Sober living communities impose order by asking people to handle all of these tasks on a daily basis with no excuses allowed. Chore lists are assigned, and they must be completed, and those who do not go to work might be asked to volunteer instead. Sober living communities might also impose curfews, encouraging people to learn how to develop healthy sleep habits.

The rules in sober living communities are rarely negotiable, and the penalties for breaking the rules can be severe. As a result, everyone who is planning to live in one of these facilities should obtain, and read through, all of the house rules regarding:

People who don’t feel as though they can follow the rules as they are written might need to continue looking for the right program to meet their needs. 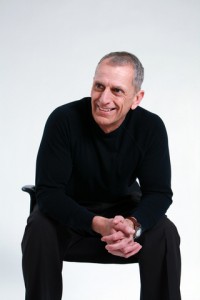 Sober living communities don’t provide traditional treatment for addiction. Often, these facilities are run by boards that are made up of other residents in recovery. Since therapists don’t live on site, no formal therapy programs are provided. However, according to an extensive study published in the Journal of Psychoactive Drugs, sober living communities place participation in 12-step groups such as Alcoholics Anonymous or Narcotics Anonymous at the center of their structure. People who live in these communities might be expected to attend support group meetings in the house on a weekly basis, and they might face penalties if they miss meetings. In addition, residents might also be encouraged to provide support to other members in the house, in a mentor/mentee relationship codified by 12-step rules. Members might also be encouraged to volunteer in the community, as “giving back” is central to the vision of the 12-step movement.

It might seem onerous to participate in meetings like this, but in reality, many residents who participate in these meetings claim that they’ve been remarkable in providing help for addiction. After all, these meetings encourage people to share, build up friendships and network, and making sober friends is vital to long-term success in sobriety. As Robert J. Lindsey, president and chief executive of the National Council on Alcoholism and Drug Dependence told the New York Times, “A critically important component of recovery for people is a sense of community, not isolation.” Twelve-step meetings might provide this form of community in sober living homes in which people spend the day working. In their meetings, they’re forced to come together and share.

Effectiveness and Length of Stay

Some sober living communities impose limits on how long residents can stay, ensuring that new spots are always opening up for people who need care. Other programs allow people to stay as long as they’d like to stay, provided they pay their fees on time and agree to abide by the rules the residence has put forward. This is another issue people should know about, long before they agree to enter the program for care.

For addiction experts, longer stays in sober living communities are ideal, as they allow people to really become comfortable with the sober lifestyle before they return home once more. But even short stays might be effective, as long as people remember to put the lessons they learned to good use when they return home again. Studies have demonstrated the long-term effectiveness of staying in a sober living community. In one such study, published in the journal Addiction Research and Theory, researchers found that those who stayed in a residence for six months, and those who stayed for 12 months, had significant reductions in the amount of substances they used, and they maintained these reductions at the 12-month mark. Both sets of people also had higher scores of employment. It’s clear that these facilities can and do provide meaningful help for people who need that help in order to stay sober.