Opana is a branded prescription pain reliever and member of the opioid family. An opioid is a chemical compound that is designed to be like opium and to bind to opiate receptors in the brain. Opium naturally occurs in the poppy plant and can be extracted to create opiates such as heroin and morphine. While an over-the-counter medication is usually sufficient to manage common pains, such as headache, sometimes a stronger pain reliever is necessary. In the case of painful chronic conditions or post-surgery, a person may lawfully be prescribed a narcotic analgesic, such as Opana. This drug is used to treat moderate to severe pain as part of a doctor prescribed and supervised pain management program. Due to its effectiveness in treating pain, however, Opana has become one of the most widely abused prescription pain relievers.

The active ingredient in Opana is oxymorphone hydrochloride (which is the generic name for the drug, and usually referred to as “oxymorphone” alone). Oxymorphone is a white, crystalline powder that is readily dissolvable in water, but rather resistant to dissolution in alcohol. The potency of Opana depends on the dosage of oxymorphone included. Opana is manufactured in tablet form and available in 5-mg and 10-mg tablets. Opana is also available in an extended-release formula, known as Opana ER, which is used for around-the-clock treatment of pain.

Oxymorphone is addiction-forming. Under the U.S. Controlled Substance Act, oxymorphone is classified as a Schedule II substance, a category that is reserved for drugs with a high potential for abuse. In view of the addiction potential, prescribing doctors are cautioned to inquire with patients about any personal or family history of drug abuse, as well as any history of mental illness. While prescribing doctors are required to engage in due diligence before prescribing Opana/oxymorphone, patients should disclose any abuse factors that could contribute to dependence on this drug.

As prescription drug abuse always presents the danger of a slippery slope, it is best for patients to take all preventative measures at the outset, including being honest with prescribing doctors.

When thinking about the effects of Opana/Opana ER use, it is important to have an overview of what can happen when this drug is abused. As a result of Opana use or abuse, prescribed and non-prescribed users alike may experience various side effects.

An allergic reaction to Opana can be serious and medical attention should be sought immediately if any of the following symptoms manifest:

When it comes to common side effects, there is no brightline rule about whether to seek medical attention. Common side effects are not always dangerous, and they may be the body’s way of adjusting to a new medication. A lawfully prescribed user will always have the benefit of contacting the prescribing doctor, whereas a non-prescribed user is dangerously on his own, but should seek medical help without any concern about reprisals for illicit use of Opana.

Common side effects of Opana include but are not limited to:

Severe side effects of Opana can be dangerous. The following list is not exhaustive, but provides an indication of some instances that may require medical attention:

There are numerous rare side effects associated with Opana, and although they may not occur with great frequency, there have been reported cases that are worthy of consideration. Such rare effects, which range in severity, include but are not limited to:

Severe symptoms may be a sign of an overdose, which requires immediate medical attention. When taking Opana, overdose symptoms can include but are not limited to:

One of the very most common effects of Opana, like other prescription pain relievers, is that continued use results in tolerance. Due to this tolerance, which is the body’s way of habituating to the drug use, the user will experience withdrawal symptoms during total abstinence from the drug or when the familiar dosage is sufficiently reduced. Withdrawal often produces a craving for the drug, at varying levels of intensity. Opana/oxymorphone withdrawal symptoms include but are not limited to:

Signs of Abuse and Addiction

It can be difficult to observe the signs of drug abuse in a loved one, colleague, neighbor, or other person with whom you have ongoing contact. The physical effects of Opana use, described above, can provide an indication of abuse but may not be readily apparent to the untrained eye. The more obvious indications of prescription drug abuse are likely to be related to the user’s behavior.

A solid indication of a drug problem is that the drug abuser continues to abuse drugs even when he or she is aware of the serious harm associated with the abuse. While drugs can impair a user’s ability to gauge his or her level of dependency, he or she may still be aware of the internal harm (such as overall poor health and discomfort associated with withdrawal) and external damage (such as loss of home, work, friends, family, and the sense of self). Yet, the drug abuser, in the grip of the addiction, may not be able to sufficiently self-motivate to get into a recovery program. For this reason, it is little surprise that loved ones most often play an instrumental role in getting a substance abuser into treatment (and helping to keep him or her there).

One of the greatest ironies about prescription drug abuse is that a user can become so entirely fixated and dependent on a particular drug and then quickly abandon the drug and move on to a new one. OxyContin users who moved over to Opana would definitely understand this point.

As the National Council on Alcoholism and Drug Dependence (NCADD) reports, Opana abuse became more prevalent after the makers of OxyContin reformulated the drug to make it more resistant to abuse. In order to help stem the prescription drug abuse epidemic in America, the pharmaceutical manufacturer of OxyContin adjusted this drug to make it turn gooey when dissolved in a liquid, making it resistant to injection.

But as NCADD points out, changes to the chemical formulation of prescription drugs of abuse lag behind the high adaptability of substance abusers. Once a drug, such as OxyContin, falls out of popularity, there is often another drug, such as Opana, wide open for abuse. As the NCADD creatively notes, solving the drug problem in America is like playing the game Whac-A-Mole – as soon as one opponent (like OxyContin) is struck down, another one pops up (like Opana).

Unfortunately, the game may continue. The manufacturer of Opana has created a new, FDA-approved, crush-resistant pill. But according to some addiction specialists and police enforcement, the new formulation of Opana will mean that Opana abusers are likely to move onto heroin. Although NCADD does not specifically discuss how prescription opioid drugs may be a gateway to street opiate drugs, the possible sequence of users from OxyContin, to Opana, to heroin shows how the road of prescription drug abuse is slippery, dangerous, and fraught with unexpected turns.In a most unfortunate twist, prescription opioid drug abusers who may never have contemplated using heroin may end up on this lethal street drug. It is well established that there is a societal misconception that prescription drugs are safer than street drugs. Now, as prescription drugs are adjusted to stop abuse, the sad outcome is that this pharmaceutical ingenuity and commendable public health measure can end up paving the way to street drug abuse. Anti-drug campaigns aimed at street drugs undoubtedly keep some Americans away from street drugs like heroin, however, a lack of early education about prescription drug abuse may have essentially worked to undermine that achievement.

Treatment can be complex, and for this reason, it is most advisable to join a qualified rehab program rather than attempt the process known as “going cold turkey.” Withdrawal from opiates and opioids can be particularly uncomfortable and life-threatening. In the detox process, the level of comfort addicts experience is critical to ensure they stick with the program.

Physical discomfort, especially in combination with drug cravings, can cause a person undergoing drug detox to relapse. An added danger is that once a person has detoxed, a relapse that is based on the once-familiar dosage can expose the user to overdose and even death (e.g., detox changed the level of drug tolerance and, as a result, an old dosage is now a lethal dosage).

Some rehab programs may use prescription medications during detox from Opana or other prescription opioids. These prescriptions are themselves opioids and include methadone, or the newer and reportedly equally effective drug Suboxone. Opana abusers seeking treatment are best advised to consult with individual rehab programs to learn about available treatment methodologies.

Important factors used to determine whether opioid withdrawal during detox will be medically assisted include the length and volume of abuse, the type of any other drugs that are being abused, and the patient’s age, weight, health condition, and additional personal details. Some programs decline the use of opioid medications to assist withdrawal and utilize holistic therapies and over-the-counter medications only.

Once detox is completed, a person recovering from Opana or other opioid abuse may be treated with prescription medication, such as Suboxone, as part of their ongoing abstinence maintenance program.

Again, some rehab programs may decline use of these medications, although they will often provide over-the-counter pain relievers as necessary, and offer healthy nutritional support and vitamins.

Whether a program uses prescription medications or not, it will certainly provide extensive behavioral therapy to treat the emotional and psychological dimension of drug abuse. Therapy includes individual counseling and group recovery sessions, which may be based on the 12-step model. Family therapy is also an integral part of most programs. Depending on the program, family members will be invited to attend therapy sessions with the recovering substance abuser as well as be invited to educational workshops, as available.

The Importance of Aftercare 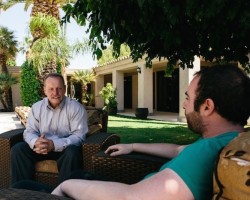 Rehab does not end with graduation from an intensive inpatient or outpatient program. Aftercare is essential to support abstinence. Depending on the recovering substance abuser’s personal circumstances and level of need, he or she may be advised to continue treatment in any one, or combination, of the following ways:

The prevalence of Narcotics Anonymous meetings throughout the nation is a testament to the effectiveness of these programs. While healing in a group setting is an established therapy model even outside of the addiction context, the shared experience and mutual support that substance abusers can provide to one another in these meetings can serve as an added defense against relapse. A main aim of rehab and aftercare programs is to help an addict to achieve and maintain abstinence. However, therapy and attendance at group recovery meetings provide the opportunity deepen self-awareness and an understanding of how the drug abuse began, which can be an effective means of stopping the cycle of drug abuse.

At Axis, our expert staff takes a multidisciplinary approach to treating the many complexities of substance abuse. In each of our recovery centers, we offer a full set of recovery services. We provide state-of-the-art amenities and impeccably qualified staff members to give you the very best recovery experience, tailored to your individual needs. Call now to learn more.