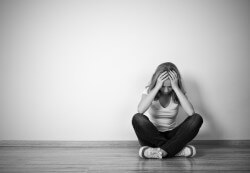 The best thing a person can do in order to achieve long-term abstinence from alcohol is enter a treatment program. A study of the issue published in the journal Addiction makes this point quite clearly, as 60 percent of people in this study who tried to tackle the problem alone regressed to alcoholism later. Only 40 percent of people who obtained help in a treatment program did the same.

There’s more to long-term success than mere enrollment, however, as people who have alcoholism often need to make significant changes in order to keep the problem from coming back in the future, and they need to make these changes stick when they are living at home once more. These are just a few steps people will need to take in order to keep an alcoholism issue from coming back once treatment is over.

Alcoholism programs often ask clients to participate in Alcoholics Anonymous meetings. Some programs ask people to attend these meetings daily, while others rely on a weekly schedule. When the program is complete, clients are often provided with a list of support group meetings happening in the community, and while it can be tempting for people to skip these meetings, they might be vital. According to a study in the journal Alcohol and Alcoholism, people who attend meetings have lower relapse rates during the first year after treatment, demonstrating just how effective these meetings can be in helping people to recover.

It might sound obvious, but those who remain sober keep alcohol out of the house. They don’t “test” their sobriety skills by buying beer and they don’t stock the liquor cabinet for visitors. They don’t go to bars, and they skip meetings and parties that include alcohol. This doesn’t mean that they’re weak or that they are overwhelmed with cravings, but it does mean that they show respect for the addiction and they don’t place themselves in situations in which a relapse would be easy.

Additionally, people might avoid friends and colleagues who drink. It can be touchy to redefine relationships in this way, but spending time with people who are drunk could be intolerable for people who crave alcohol, and it could make them wonder why they can’t drink when others can. It’s not a safe set of thoughts, and it’s something successful people try to avoid.

People who remain successful in sobriety are often able to do so because they remain aware of the dangers of a relapse. A study in the journal Addiction refers to this is “cognitive vigilance,” and the authors suggest that those who maintain this skill are less likely to pick up a drink down the line. They remain aware that alcohol is dangerous for them, and they work hard to avoid the people, places and things that tend to trigger dangerous thoughts and the possibility of a relapse.

People who achieve success also develop a sophisticated set of plans they can put into place when they feel a relapse is unfolding. They might head to support group meetings or call a sponsor, for example, or they might even schedule a few counseling touch-up sessions. They treat the addiction as a chronic condition, in other words, and they devote each day to the care and management of the condition. It sounds like hard work, but it can be rewarding as people who work hard like this might be able to kick the habit for good.

If prevention steps aren’t effective and the person slips into taking a little sip of alcohol, the person takes that as a warning that more therapy is needed. By checking into a touchup program at the first sign of a slip, rather than allowing a full-fledged binge to unfold, people can build on the lessons they learned in alcohol rehab and they can patch the holes in the treatment plan that led to the slip. Long-term success could be the result.

If you’d like to know more about pulling together a long-term alcohol relapse prevention program, or if you’ve had a slip and you want to get back on track, please call us. We’re here to help.\