Crack is a form of cocaine. To understand crack, it is first necessary to get a quick picture of cocaine. As the National Institute on Drug Abuse describes, cocaine is a powerful and addictive stimulant derived from coca leaves indigenous to South America, and it has been chewed for its psychoactive effects for thousands of years. Cocaine, processed into a street sellable power, appeared to reach its apex of popular use in the 1980s and 1990s when it was best known as a fast high and expensive party drug. Due to its potential for abuse, cocaine is classified as a Schedule II drug, which means that it is susceptible to abuse but also has a recognized medical purpose (e.g., as a local anesthesia in operations of the ear, eye, and throat).

The costliness of cocaine is directly tied to the development of crack cocaine. Crack was created as a less expensive form of cocaine and as a way to produce a greater volume of illicit drugs from cocaine. To make crack, cocaine is processed with baking soda or ammonia and water, then heated to eliminate hydrochloride. The end result is crystals that are yellow, light rose, or white in color. These crystals are smokeable. Although crack is less expensive than cocaine, it is more powerful in this smokeable form than its parent’s powder form. When smoked, crack cocaine enters the bloodstream and reaches the brain more quickly than when snorted. The name “crack” comes from the crackling sound this stimulant drug makes when it is being smoked.

Crack is abused primarily for its pleasurable effects. Crack users report (at least initially) experiencing a rush of euphoria and then a sense of alertness. At the neurological level, the rush of euphoria is the result of the crack triggering an increase in the amount of dopamine in the reward system of the brain. This euphoric high usually lasts five to 10 minutes, after which time the user likely experiences a low greater than any low experienced before the crack use. The initial high can seldom ever be replicated, but it is most often recorded in memory as a benchmark of the euphoric possibility of crack, resulting in the user chasing that first high with subsequent use.

As tolerance develops, more crack must be consumed to achieve the familiar pleasurable effect, which exposes the user to serious side effects. 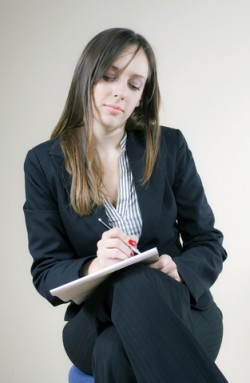 The National Survey on Drug Use and Health (NSDUH), sponsored by the Substance Abuse and Mental Health Services (SAMHSA), is one of the most comprehensive and reliable research reports on patterns of drug use in America. Based on a survey of a sample set of Americans, the survey estimates drug use across the nation by drug type and age, among others markers. The most recent survey was completed for the 2013 year, and information reported generally covers the month or year prior to the survey. The 2013 NSDUH included cocaine among its studied drugs, which includes crack. In at least two categories, the study provided data on crack specifically, as follows:

Although the 2013 NSDUH does not isolate crack from cocaine in its study, the following facts about cocaine can deductively provide some illumination on crack use:

Again, although it is not certain what percentages are attributed to powder cocaine versus crack cocaine, the study shows that the typical cocaine user is more likely to be a man than a woman, and more likely to be aged 12-25 than 26 and older. On average, users have their first experience at the very start of their 20s, which gives cocaine use, including crack, a profile of being a drug with a young user profile. While it is distressing, in light of all the advocacy and public education against cocaine use, to learn that youth continue to initiate into cocaine use, these statistics can be read to support that anti-drug efforts in schools have worked to push the average age of initiation out of the teen years into the early 20s.

Crack use has both short-term and long-term effects, depending on the frequency and volume of use. As this drug is highly addictive, and has been reported to cause addiction shortly after the first use, it is possible that users will be frequent users. The short-term effects are numerous and include but are not limited to:

As crack is particularly addictive, it is no surprise that it can be associated with longevity of use, which may lead to long0term debilitating ailments including, but not limited to:

In addition, as a result of smoking or freebasing crack, a user may be vulnerable to heart attacks, strokes and even death. The use of crack cocaine can lead to a host of health problems that can lower immunity, while crippling the self-will to seek adequate medical assistance. Crack use has the effect of diminishing every facet of a user’s life, including health, standard of living, and compliance with the law.

As crack is addictive, and tolerance develops with continued use, stopping use or reducing the familiar dosage will likely lead to the onset of withdrawal symptoms, including an intense craving for the drug. The side effects of withdrawal can be uncomfortable and dangerous. Reported crack withdrawal symptoms include but are not limited to:

The potency of crack is a factor in the rapid onset of withdrawal symptoms, which can last hours, days, and even months. The severity of symptoms and intensity of drug cravings can lead some users to relapse shortly after attaining sobriety, or even years later. One of the greatest risks of relapse is not only using again, but fatally overdosing. It is well established that when drug users relapse they tend to use at the volume of last use. However, during detox and any subsequent period of abstinence, the body’s tolerance lowers. After abstinence, using crack to the degree of prior use can cause an overdose. It is also important to know that even a first-time user can experience a fatal overdose.

Knowledge of the signs of a crack overdose can help save your own or another’s life. Crack overdose signs include but are not limited to:

The first phase of treatment for crack abuse will, of necessity, be a detox to remove this drug, and any other drugs, from the body. This early treatment step is usually conducted at a hospital or while in residence at a rehab facility. Supervision, care, and attention from medically trained staff members can make the process safe and as comfortable as possible. To manage painful withdrawal symptoms, addiction treatment professionals, depending on the program’s policy, may use prescription pain relievers or prescription muscle relaxants. Over-the-counter pain relievers may be used, as needed, in addition to nutritional support and vitamins.

At present, the U.S. Food and Drug Administration has not approved a medication to assist the detoxification or primary care treatment of persons recovering from cocaine or crack abuse. To be clear, as these drugs are not opioids, they are not treated medically with methadone, Suboxone, or any other opioid agonists.

After detox, the recovering substance abuser will have the opportunity to delve into the root causes of the addiction in individual counseling and also receive support in group recovery meetings. As part of the therapy process, most rehab programs also include family therapy. As addiction is often considered a “family disease,” involving family in the therapy process can benefit everyone and serve as an effective relapse prevention tool. Depending on the rehab program, complementary therapies such as yoga, massage, and acupuncture may be available. These therapies focus on well-being overall and are considered to be a helpful supplement to traditional treatment methods.

Whether a person has recovered in an inpatient or outpatient program, rehab should not end at the conclusion of this intensive phase. When getting ready to graduate from a program, an addiction counselor should work with the recovering individual to create an effective aftercare program. For instance, some persons in recovery choose to remain in an outpatient program and live at home with family, while others (such as those who do not have family support) may take residence in a sober living home. Wherever a recovering person decides to reside, it is critical that he or she continue to attend recovery group meetings, individual counseling/psychotherapy, and meet with a drug treatment counselor. During weekly, or periodic visits with a drug treatment counselor, the recovering person will likely be drug tested to ensure the aftercare plan is working. The aftercare process must be responsive to the recovery needs of the individual, whether he or she maintains abstinence or needs a new intervention to treat a relapse.

At Axis, we offer expert rehab services based on scientifically proven, evidence-based addiction treatment methods. Our philosophy is to treat the individual, and we will provide a tailored plan that addresses both the physical and mental aspects of addiction. Call us for more information on our offerings.