According to the National Institute on Drug Abuse (NIDA), marijuana was the most commonly abused illicit substance in 2008, with 15.2 million past-month users. There’s no question that marijuana is a popular drug in this country, and similarly, there’s no question that many dealers of marijuana work hard to ensure that their customers are kept with a regular supply of the drug they are addicted to. While some of this marijuana is supplied by smugglers from other countries, many dealers grow marijuana right in their own homes.

According to the United States Drug Enforcement Administration, marijuana is the only major abused drug that is actively grown within the borders of the United States. Dealers who wish to grow marijuana can buy live plants from other dealers, or they can start their own plants from seeds they can buy from dealers or online. People with a significant amount of space and access to a large amount of water can grow their plants outside, but they may face law enforcement action as a result of leaving drugs of abuse in the open in that manner. As a result, many growers keep their plants in elaborately controlled environments, timing when the lights come on and go off and keeping the plants at a specific temperature and humidity.The plants grow quickly, but they can be finicky and picky, so the details matter.

People who grow their plants indoors in this way utilize a significant amount of energy in keeping their plants happy, and as a result, they experience huge surges in their power consumption. The plants can also be quite odiferous, and the smell can sometimes waft from the grow house into the neighborhood. Both of these factors can come to the attention of law enforcement, and shut down the operation.

Once the plants have reached a specific stage of readiness, which is usually tracked by the size of the flowers and the amount of sap that is visible, the plants can be harvested. In essence, the plants are cut, hung and left to dry in controlled conditions, and the usable materials are stripped from the unusable leaves and stems. Then, the materials are bagged and ready for sale.

While many home growers follow this process carefully, and much of the marijuana that exists in the marketplace is grown in this country, there are some smugglers who do bring marijuana into this country. For example, a bust in Arizona in 2011 broke up a ring that was importing marijuana from Mexico. Over 5,000 pounds of marijuana was confiscated during that investigation alone, indicating how much marijuana could be leaking through the borders each day.

The Cost of Marijuana

2011 prices for an ounce of marijuana:

People who do not want to grow their own marijuana, and feed their habit in such a direct manner, may choose to work with a dealer who sells marijuana. This can be an expensive proposition, although the cost can vary widely from state to state, according to a report produced by PBS.

In some states, due to the large number of people who grow marijuana, the price for the drug has been plummeting. For example, NPR reported that the price for a pound of marijuana in California dropped to less than $2,000 in the year 2010, forcing some growers out of business. It’s hard to say whether lower prices would mean that more people would use drugs, but it is hoped that those growers who left the game due to low prices will never return. 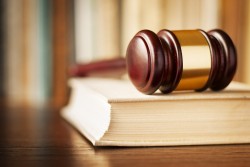 According to KPBS, cannabis has been prohibited for personal or recreational use since 1913. The federal law is quite clear that marijuana serves no medicinal purpose, and that people who grow, distribute or use marijuana can face stiff fines, imprisonment or both due to their activities. Some states, on the other hand, believe that people with specific medical conditions do benefit from marijuana, and those states have set up their own laws that regulate the dispensation of marijuana as medicine. These two sets of laws clearly conflict, and it can be quite confusing for people who use marijuana to know where they stand on a legal basis. At this point, each time a person uses marijuana, that person should be ready to face arrest for the action.

States that have legalized the medical use of marijuana may also find that they have created a separate, yet equally serious, problem: People who have been given prescriptions for marijuana are sometimes tempted to share the bounty with their friends and family members. For example, a study among teens in 2012 found that nearly 74 percent had used marijuana that was recommended for someone else, and they had done so an average of 50 times. Similar results have been found in studies of people who take strong prescription drugs. People just can’t seem to resist the temptation to share, and it’s quite possible that legalizing marijuana in these states has led to an underground market of sharing, and that could lead to increased rates of addiction.

Some states are considering adjusting their marijuana laws, moving the possession of the drug from a serious offense to one that is handled with a bit more restraint. For example, New York proposed a bill in 2012 that would move possession of a small amount of marijuana to a misdemeanor, rather than a violation. This means people with marijuana could face a simple fine but leave the area with their freedom. Other states aren’t nearly so lenient, and will impose stiff sentences on people who are carrying even the smallest amount of marijuana possible.

People who abuse marijuana may believe that their use carries no risk whatsoever, but the truth is that marijuana is far from benign. For example, the NIDA reports that studies have found an association between marijuana use and mental illnesses such as:

In addition, marijuana can be incredibly addictive. The drug links to specific receptors in the brain, and with heavy use, the brain becomes acclimated to having constant access to the drug. When the user stops using, the brain may react with alarm, causing the user to feel ill or simply “not right” unless the drugs are present. Given that this is the case, it’s not surprising that the NIDA also reports that about 15 percent of people who enter drug treatment programs do so because they are addicted to marijuana. The drug is powerful, and capable of changing brain chemistry, so treatment is often the best way for these people to get better. Where they may not succeed on their own, they may find hope and help through treatment.

There are no medications that have been specifically developed to assist with marijuana addiction. Instead, people who are addicted are often treated with a combination of one-on-one counseling, group counseling and support group participation. By learning more about how the addiction developed, and how patterns can be changed, these people can gain control of their addictions and leave the marijuana habit behind for good.

At Axis, we provide addiction treatment in beautiful and supportive surroundings. We provide individualized support for addiction, meaning that we never use a cookie-cutter approach or assume that all addictions form the same way and can be treated the same way. We’d love to tell you more about our program and the help we provide. Please call our free, confidential hotline today.