Alcoholism can take a tremendous toll on the body, but it retains the ability to severely affect the brain, as well. Spanning from memory problems and learning disabilities to personality shifts and sudden mood swings, the psychological effects of alcoholism are far-reaching. While some of the psychological damage that alcohol causes can be treated and even reversed during alcohol addiction treatment, other forms can linger well into sobriety if treatment is not sought in a timely manner.

Here are the four main categories of negative psychological impact that untreated alcoholism can initiate. Clinical therapists can help guide patients through the healing process, allowing them to address and take steps to resolve the mental effects of alcoholism during a residential recovery stay at an alcohol treatment facility.

Learning and Memory Compromises During Alcoholism

Alcohol can severely affect both learning and memory function. A variety of forms of memory can become affected by prolonged alcoholism, including verbal memory (with severe cases causing clinical aphasia), memory formation, recall and even temporary amnesia (often due to alcohol-induced “blackouts”). Learning and cognition can also be affected negatively by alcoholism, causing individuals to experience delayed processing, disorganized logic and reduced attention span. In some cases, delusions can even occur, such as those that onset in cases of delirium tremens — colloquially referred to as “the shakes.” Alcoholism can also lead to Wernicke-Korsakoff Syndrome, potentially causing amnesia as a result of alcohol-created prolonged deficiencies in vitamin B levels.

The Forces of Denial During Alcoholism

When the mind encounters any stimulus that it considers a threat to survival or well-being, denial can take place as a defense mechanism. Denial is not singular to alcoholism, but often arises in cases of alcohol addiction. Despite attempts at logic, clarity and sincerity, the addicted individual often simply cannot come to terms with his or her alcohol addiction. Forms of denial can range from justification (providing intellectualized reasons for alcohol use), minimization (deemphasizing the severity of an alcohol addiction), blame-shifting (disowning responsibility for alcohol use) and faulty logic (admitting the symptoms of alcoholism but providing alternative explanations for behavior). All forces of denial are aimed at a single goal – preserving the body’s perceived need to continue alcohol intake. Once detoxification has been achieved and withdrawal symptoms and cravings have subsided, the psyche becomes more amenable to change and denial is often easier to break.

As individuals descend into alcohol addiction, physical changes initiate alterations in natural brain chemistry as artificially alcohol-triggered chemical reactions in the brain take place. This process can interrupt the body’s natural homeostasis, causing changes in chemical production levels as the body vainly attempts to reachieve balance. These issues often lead to mood swings, the onset of mental health concerns such as depression, anxiety or mania, or issues with memory. Additionally, these physical changes – exacerbated by the halted emotional and psychological growth from the escapism alcohol provides – can lead to personality changes during alcoholism. 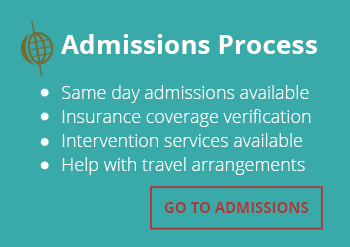 Additionally, issues of metabolism, nutrient absorption and dietary balance often exacerbate mood instability during the course of alcoholism. While the withdrawal period marks the beginning of healing for the brain and body, brain chemistry actually experiences a temporary – but jolting – imbalance during the detoxification process. During detox, the body’s natural neurotransmitter levels have not yet been restored — though the drug’s substitution for natural chemicals has ceased. Some of these neurological changes will reverse after withdrawal has ended, while others may have lingering effects — even taking months or years to restore. Moods may fluctuate sharply and quickly, often leading alcoholic individuals to quickly shift from anger to affection and back again.