The Purdue Online Writing Lab defines jargon as, “‚Ä¶any in-group or specialized language used by small groups of like-minded individuals. This terminology is usually specialized to the function of the group, and will be used by and among group members as a sign of belonging, status, and for keeping out outsiders.” As this definition makes clear, jargon and slang are used primarily to help people see one another as members of the same group. They seem to speak the same language, and this can draw them closer together. Given this definition, it‚Äôs easy to see why jargon and slang would have a place in the drug-using culture. After all, most drugs of abuse are illegal, and people can face serious consequences if they are caught using the drugs or selling those drugs. By using slang and jargon, these users and dealers may have some protection from those who would arrest them or otherwise do them harm. They‚Äôll be able to spot the outsiders, since they don‚Äôt use the proper terms.

It might be impossible to decode all of the slang that drug users employ, especially since slang tends to be fluid and region-specific. The terms an addict uses in New York in February may be totally unlike the terms an addict in San Francisco uses in May. However, this article may serve as a primer for concerned family members and friends who want to begin to decode the sentences their loved ones are uttering.

Marijuana, a plant-based substance that has been used and abused for decades, has some slang names that refer directly to the color of the drug. These names include: 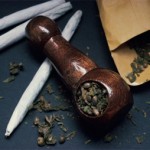 Since marijuana is often used in other countries, some terms used to refer to the drug seem to come from other languages. These terms include “ganja,” “hashish” and “sinsemilla.” Some users refer to the look of marijuana when it is prepared for use, and they refer to marijuana as a “joint,” a “blunt” or a “reefer.” Some traditional slang terms for marijuana include “Mary Jane” and “pot,” and people who abuse marijuana may also develop an affinity for the number 420. While the origins of this number fascination are unclear, it is clear that the number has become an important part of the marijuana culture, and some people who abuse the drug even hold parties on April 20th, to mark the date.

This drug is considered one of the most dangerous substances available in the marketplace today, and there are good reasons to be concerned. For example, the National Institute on Drug Abuse reports that heroin was involved in 213,118 emergency department visits in 2009 alone. People who use these slang terms for heroin may be taking the drug, and therefore flirting with disaster.

Once again, some slang terms for heroin seem to stem from the way the drug looks, both before and after it is prepared for use. These terms include:

Other heroin slang terms seem to have evolved as playful references to the way the drug‚Äôs common name is spelled. These slang terms include the simple “H,” as well as the more creative “horse.” Heroin might also go by less inventive terms such as “smack,” “junk,” “sack,” “skunk” or “number 8.”

People who use heroin are often referred to as “junkies,” but those who are on the drug, whether they are addicted to the drug or not, might also be considered “on the nod.” The drug tends to make users feel numb and sleepy, and their heads seem to drop onto their chests over and over while they‚Äôre under the influence. 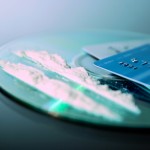 Many people are familiar with slang terms related to cocaine through watching the television show The Wire. This is not, by far, the first time that cocaine has showed up in entertainment venues. For example, a study in the journal Drugs: Education, Prevention and Policy found that cocaine was used in films made prior to World War II, and the drug was mainly used for comedic effect. People who are addicted to cocaine, however, know that the drug is no laughing matter, even if they do use slang to cover up the fact that they use the drug.

In powdered form, cocaine is commonly referred to as “coke,” but terms such as “blow” and “snow” refer to how the drug looks or how it is used. Some cocaine slang also contains clever plays upon the word cocaine itself. These slang terms include “C,” “candy” and “Charlie.”

When cocaine is sold in a solid form, rather than in a powdered form, it‚Äôs commonly referred to by the term “crack,” due to the loud sound the drug makes when it is mixed with water and heated. This form of cocaine might also be known as “crystal” or “rock,” due to its basic appearance.

All forms of cocaine can go by strangely evocative names, including:

To be fair, the term “PCP” is already a slang term, standing in for the more formal and clunky chemical name of the drug, phencyclidine, 1-(1-phencyclohexyl) piperdine. But even the shortened PCP doesn‚Äôt seem to be enough of a remove for drug users, and they may slang the name yet further and refer to it as: 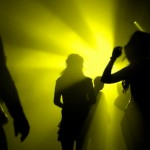 Most of these names refer to how the drug makes users feel. Other names that are more colorful, but that might have a more enigmatic origin, include “tic tac,” “shermans,” “hog” and “ozone.”

The term “club drug” refers to a wide variety of drugs that are commonly taken as part of a party scene. These drugs have widely different effects on the people who take them, but in general, it‚Äôs thought that these drugs will somehow enhance the experience of spending time in a hot club surrounded by sweaty people. Common slang terms, and the drugs they refer to, include:

Some of these names are simply easier to say, and easier to remember, than the chemical names these drugs were given in the laboratory in which they were created. Other names have more creative origins. For example, ketamine is a veterinary drug, so the term “cat valium” is particularly apt. Similarly, Rohypnol can cause amnesia, so the “forget-me pill” accurately describes what the drug can do.

According to the U.S. Department of Justice, products containing methamphetamine were widely available in the 1960s, and they were widely abused. As a result, the drugs were declared illegal, although that hasn‚Äôt kept people from abusing them. Many slang terms for meth refer to how the drug makes users feel. These terms include: 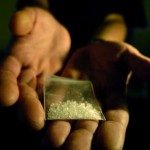 Other terms refer to how the drug looks, such as “glass,” “chicken feed,” “crystal‚Äù and ‚Äúchalk.” People who abuse methamphetamine are often referred to as “tweakers,” as the drug places them in a semi-hallucinatory state in which they may jerk their muscles and yell at things that aren‚Äôt there.

According to an article produced by Harvard Medical School, about one in 10 teenagers use prescription drugs for non-medical purposes. Since this drug abuse is so prevalent among teens, parents with children in this age group should take care to learn the slang that is associated with any drugs they may have in the house for their own medical purposes. Teens may be inclined to steal these drugs and use them for their own recreational purposes.

Many slang names for prescription drugs revolve around the color of the pills themselves. It‚Äôs common for users to refer to these drugs as “berries,” “blues” or “reds.” Other slang names involve the printing that‚Äôs on the capsules themselves. For example, a 30-mg capsule of oxycodone might be referred to as a “30,” since that number is printed on the capsule itself. Other slang names are shortened versions of the name of the drug itself. Examples include:

The powerful ingredients contained in cold medications can give users a high, and they might feel that high is somehow “safe,” because it‚Äôs been obtained with drugs they can buy at the local grocery store. Teens often look for cold medications containing the ingredient dextromethorphan, hoping to hallucinate while under the influence. Common slang terms for drugs like this include:

People who abuse cold medications are often referred to as “syrup heads,” because they so consistently drink the sticky liquid. The might also be known as “dexers.”

It can be difficult for people who don‚Äôt use drugs to understand what the terms mean. Police departments, for example, often spend hours studying the terms so they can decode the elaborate codes that drug dealers use while they‚Äôre on the phone with one another. In one infamous case, outlined in the journal Surveillance and Society, police officers were able to decode this sentence: “Henderson: ‚ÄòAlright, hey, uh, it‚Äôll be together in about an hour or so: I‚Äôm gonna go get this last, uh, big mac from marley mar, and I‚Äôm gonna go sting it for forty-two.‚Äô” The translated version reads, “Henderson advised Williams that as soon as Henderson purchased one last four ounce quantity (Big Mac) of cocaine from Marlon McReynolds (Marley Mar), which Henderson planned to sell (sting) for $4,200 [and] he would have his money together to purchase the nine ounces of cocaine.” While no one would expect family members to achieve this level of expertise in decoding the phrases their loved one uses, it does seem to indicate how intricate and complex come of these encoded phrases can be. Breaking them down can be hard, and it can take a long time to get right.

Families can take a middle road by stepping in and asking for clarification when a person seems to be using code phrases. Simple sentences such as, “What does that word mean?” might help indicate that the person who is using isn‚Äôt as transparent as he or she might claim to be. Families can also bring these coded phrases up during interventions for drug addiction, pointing out that people who tend to speak about drugs in such a familiar manner often use drugs themselves. They‚Äôre using language that indicates a familiarity with drugs, and that‚Äôs something the family needs to work through together.

While we may not be able to provide a decoder ring that can help you understand each and every phrase your loved one uses, at Axis, we can help you plan for treatment for the one you love. Hearing slang is a sign that the person may be using, and that treatment might be a logical next step. Please call us to discuss the issue, and find out how we can help. 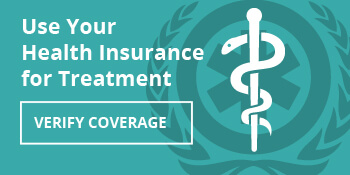 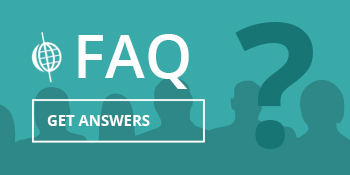