The human brain is a pretty magnificent piece of equipment. From the time we were born, we learned behaviors based on our individual circumstances and surroundings. A child learns to talk as they hear others talking. A child learns to walk as they are developing and the brain learns that taking a step forward gets us closer to our goal. One of the key components in the learning process is the neurotransmitter dopamine. When dopamine is released in the brain, in addition to creating a sense of pleasure, our brains get “turned on” to learning, according to an article published by Harvard University. An example might be our favorite food. If we enjoy eating ice cream, our brain releases dopamine and we feel pleasure. We then learn that ice cream equates to feeling good. The same is true with drugs of abuse.

On the other hand, some studies have shown that dopamine is also responsible for mechanisms in the brain related to fear. An article published by Scientific American highlights a study conducted at the University of Michigan where dopamine in rats was prevented from finding its way to the part of the brain that controls fear. The conclusion of the experiment suggests that too much dopamine can affect paranoia.

Fear is an emotion that can be both beneficial as well as detrimental, depending upon when and where it occurs. For instance, feeling fear when one is in a car accident is a natural and expected reaction. We fear for our safety or the safety of our family members in the car with us. Fear is also beneficial if we’re exposed to dangerous animals, such as a rabid dog or a venomous spider; however, when fear overtakes our ability to live a normal and productive life, it isn’t quite as good. Being afraid of a venomous spider may be a good thing, but being so afraid of a harmless house spider that one can’t walk down a hallway in which a spider is present can interfere with one’s ability to live normally.

When individuals experience this type of fear, it is because somewhere along the line they have learned to feel fear in relation to spiders. They may have developed a fear of germs, dogs (even gentle ones), mice, cars or even other people. These types of fears are called phobias, and there are many people who are afflicted by them in the United States.

Cognitive Behavioral Therapies for the Treatment of Phobias

While to some it may seem that an irrational fear of spiders (or some other creature or item) shouldn’t be a problem, it can quickly take over one’s life. For instance, when someone has a fear of other people, whether they fear large groups or they believe they will humiliate themselves by going into public, they may suffer from social anxiety disorder. They may avoid social situations, such as family gatherings for birthday or wedding celebrations, or they may avoid going to work at the expense of their job and earning potential. Individuals who experience these irrational fears are also at risk of substance abuse and addiction, according to the National Institute on Drug Abuse. It is imperative that these individuals seek treatment for their condition in order to return to a normal lifestyle.

One of the treatments available for phobias is exposure therapy, a form of cognitive behavior therapy. Cognitive behavioral therapy is a process through which an individual unlearns certain learned behaviors. Cognition is the thinking process of the human brain. How we think is directly linked to how we behave. Our thoughts can also affect the involuntary aspects of our behavior as well. For, example, if we are deathly afraid of spiders, our heart rate can increase, our breathing can become short, and we might feel faint as a consequence of either too much or too little oxygen. This is an involuntary response. As a consequence of the fear, we may refuse to go on a hike with friends and choose to stay home, locked away from our social circle rather than taking part in our lives. This is a voluntary behavior.

Cognitive behavioral therapy teaches us to be more rational about our thoughts and the consequences of those thoughts. One way to establish this is through asking oneself a series of questions and answering them honestly. For instance:

If the individual can rationalize and understand that encountering a deadly spider is a low risk, they can then choose better behaviors. The same is true for an individual who suffers from a germ phobia. This individual may be unable to use public restrooms for fear of contracting a disease from the germs. They may even fear the germs in their own home, causing them to wash and re-wash their hands constantly. When ritualistic behaviors exist as a result of one’s fears, it is known as obsessive-compulsive disorder, or OCD, but the fear elements are much the same as a phobia. Cognitive behavior therapy can teach them to rationalize whether a single, reasonable hand-washing is enough to protect them from any germs lingering on a doorknob that may cause an illness. 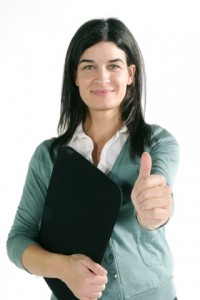 Exposure therapy works on the unlearning aspect of cognitive behavioral therapy. Exposure to certain elements in our surroundings can trigger responses in the human mind and body. For instance, Ivan Pavlov, a scientist who lived in the last century, discovered that dogs he was using in an unrelated experiment would begin to salivate when he made a specific sound. He had been making the sound every time he fed the animals during a study on digestion he was conducting. Eventually, even if there was no food present, the sound would make the dogs salivate. The dogs learned that the sound meant food and their digestive processes went to work. The interesting, and perhaps less known aspect of this discovery, is that the involuntary response can eventually go away. He made the sound so many times when there wasn’t any food that the dogs’ brains unlearned the behavior, and the salivating stopped. The dogs were “exposed” to the stimulus enough times to change their brains.

If someone is inherently afraid of people, such as with social anxiety disorder, they may be asked to go into crowded locations, attend social gatherings, or even speak in front of an audience, as a form of exposure therapy. Someone who is afraid of spiders may be asked to sit in a room with a spider in a terrarium, and perhaps even handle a large spider directly. Individuals are not thrown into a drastically fearful environment, but they are gradually exposed to more and more of the stimuli of which they are afraid.  Eventually, with enough exposure to these elements, their brain can unlearn the desire to be fearful.

The United States Department of Veteran Affairs has indicated that exposure therapy is effective for the treatment of post-traumatic stress disorder. Parts of exposure therapy for PTSD involve:

If you suffer from anxiety or fear in the form of a phobia or an obsessive-compulsion, or if you suffer from an anxiety disorder like PTSD, the thought of being exposed to that which you fear may be overwhelming. It is important to remember that you won’t be alone during the process. A therapist experienced with exposure therapy techniques will be with you every step of the way, making sure that you are safe. You may feel some discomfort as you work toward healing, but each step takes you closer to your goal, and exposure therapy can take you closer to getting your life back.

For more information on exposure therapy or on how we here at Axis can help, call us today.