For people who have anxiety disorders, irritable bowel disorders or restless leg syndrome, Valium is an amazing drug. By taking one small, blue pill or ingesting just a few drops of a liquid tincture, these people can calm the electrical firestorm inside their bodies and feel relaxed and at ease once more.

But there is a sinister side to Valium, particularly for people who don’t have any kind of abnormal electrical activity that the drug is designed to treat. For people like this, the drug brings about a very different kind of response, and when that happens, Valium rehab is required in order to undo the damage and bring about real relief.

When recreational users take Valium, they often refer to the drug as “Dead Flower Powers,” “Howards” or “Blue Vs.” They may not think of their drug use as particularly interesting or dangerous, and they may also take the drug openly throughout the day, fishing through their pockets to find the pills they need in order to feel healthy, relaxed and normal.In time, however, the brain becomes accustomed to the constant presence of Valium, and it begins to scale back responses when the drug enters the bloodstream. A user who once felt euphoria in response to one pill might need two or three in order to feel the same response, once these amendments are in place. Similarly, some people may find that they need to crush pills and snort them or inject them in order to feel euphoria.

It might seem odd or even crazy for users to snort pills made for the digestive system, but according to research published in the journal Psychopharmacology, users who modify their use in this way are utilizing a well-known chemical reaction in order to boost their pleasure. In essence, the researchers found that putting drugs like Valium into a user’s body at a rapid pace produced a higher level of euphoria than methods that allow the drugs to enter at a slow trickle. Pill snorting and pill injecting are speedy, and they produce a bigger high.

With each pill these users take, chemical alterations take place deep within the cells of the brain, increasing the power of the chemical signals the brain releases in response to pleasure. With these changes firmly in place, users might feel: 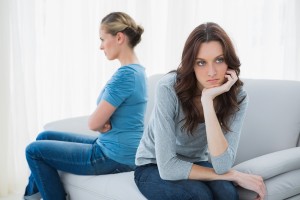 Many people who abuse Valium do so in the context of another addiction. They use the pills to soften the rough edges of a night without alcohol, for example, or they seek out Valium sedation when a cocaine high is a little too difficult to control. Some users even mix Valium with other sedating drugs like heroin, so they can coast on euphoria for a long period of time. These people might very well have a Valium addiction, but they might have other addictions that also require care.

But even young people who don’t have an extensive drug abuse history might develop a troubling relationship with Valium. For example, according to the Monitoring the Future Study in 2013, 4.6 percent of 12th graders admitted to taking tranquilizers like Valium for recreational purposes in the year prior to the study. These young users might develop addictions with amazing speed, as their brain cells are still growing and developing.

Valium is a remarkably sedating drug, which means that people who abuse it might seem sleepy much of the time. But the drug is also capable of provoking a form of emotional blunting, in which the person seems unable to respond to even remarkably stimulating events. They might seem as though they’re encased in amber, unable to respond to anything happening around them.People who abuse Valium might also take that sedation with them to work, and they might harm their coworkers if they drive heavy machinery under the influence.

People might even harm others before they get to work, if they drive a car while under the influence.It’s hard to know what kind of repercussions these steps might have on a person’s overall health and happiness, but it is clear that some risks people take with Valium could be absolutely devastating. For example, some people mix Valium with high doses of alcohol, and the sedation they feel can be so deep and overpowering that they slip away into a sleep that never ends. In a Finnish study of the issue, researchers found that more than half of the fatal poisonings attributed to alcohol occurred in people who also had a benzodiazepine like Valium within the bloodstream. It’s just a remarkably dangerous drug to combine with alcohol.

Valium can also impair a person’s judgment, making them more likely to do something irresponsible like:

People who have Valium addictions often can’t get sober without help. The drug is so powerful that the changes it makes within the brain can be semi-permanent. Unless people get help and taper their drug use slowly, seizures can develop when people attempt to get sober. Even those who don’t have seizures may experience intense bouts of anxiety and sleeplessness, and they may be simply unable to stay away from drugs.

Typically, a person addicted to drugs moves from an appointment with the family doctor to enrollment in an inpatient detoxification program. Valium addicts may skip the inpatient detoxification step altogether. According to an article published in the magazine Addiction, people who are addicted to Valium may work with their doctors and take smaller and smaller doses of the drug until they’re taking no drugs at all. It can take months to complete the process, and no one would suggest that the addict should cease all treatment until the detoxification is complete. Therefore, some people begin their rehabilitation programs immediately, and work on detoxification and rehabilitation at the same time.

There are some people, however, who do need to complete detoxification programs before they can enter rehabilitation programs. Typically, people in this group abuse Valium along with other drugs. According to an article published in the Journal of Psychiatric Research, people who abuse Valium often abuse other drugs including heroin or alcohol. These addictions must also be managed in order for the person to recover, and often, that means the person must complete a formal alcohol or heroin detoxification program first. Once that is complete, the addict can move on to a Valium rehab program, while continuing to taper off Valium.

Drug rehabilitation programs tend to come in two formats: inpatient and outpatient. According to SAMHSA, most people who enter treatment programs for Valium and other benzodiazepines tend to choose inpatient formats. While SAMHSA doesn’t speculate as to why this might be true, it’s possible that people choose inpatient formats due to the difficult nature of withdrawing from Valium and benzodiazepines. Often, people need a large amount of help in order to avoid feeling horrible symptoms of withdrawal when they’re reducing their use of Valium, and they may find that the help is easier to obtain when they’re working in an inpatient program. 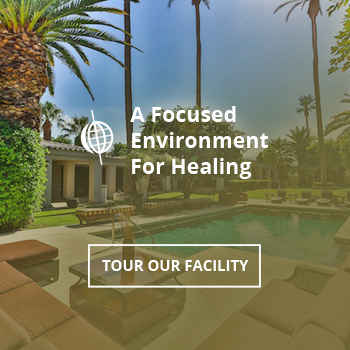 Inpatient programs may last for several weeks, and some may last for longer. When those programs are complete, most people transition to outpatient programs, and they continue to work with their therapist and their doctor, learning new skills and strengthening their recovery toolkit.

In general, addiction programs take a long time to complete. The addict needs to learn a completely new way of thinking and a new way of living life and managing stress, and these aren’t lessons that are implemented without a significant amount of practice. In fact, a researchers writing in the journal Addiction Research and Theory found that it typically takes people 9.3 years to completely recover from an addiction. During that time, the patient may relapse. This doesn’t mean that the program is a failure, but it does mean that the addict will need to redouble his or her efforts in order to keep another relapse from occurring. It’s hard work, to be sure, and the road can seem long. But, true recovery is worth the effort, and that recovery is completely achievable.

In programs such as ours at Axis Treatment Centers, patients live in the facility and have access to help 24 hours a day. In our residential treatment facilities, located in California, we can provide intensive therapies for Valium addiction, including group therapy, individual therapy and support group work. We add in alternative therapies too, so the person you love can heal on an emotional level. And our luxurious grounds and professionally decorated living spaces ensure that the person you love will be kept calm, comfortable and safe during the stay. We accept most insurance coverage, and we have operators available around the clock to answer your questions. Call us to find out more. 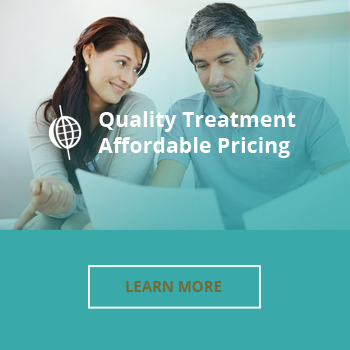