The abuse potential of drugs like heroin, cocaine, oxycodone, methamphetamine and alcohol is well known. But you may not be aware of some of the lesser-known drugs of abuse, like Rohypnol, ketamine or GHB. New drugs are constantly entering the market, often originating in laboratories where production methods are sketchy and chemical ingredients are unregulated. Some of these underground designer products, such as spice and bath salts, were initially sold on a legal basis until the U.S. Drug Enforcement Administration (DEA) imposed emergency controls on their active ingredients.

Many of the lesser-known substances of abuse are first used by teenagers at clubs, raves and parties.

Club drugs like smiles, spice, bath salts and Rohypnol are often taken along with alcohol and other drugs for their mind-altering effects. Many of these drugs cause a euphoric high, enhance feelings of intimacy and promote high-risk behaviors like unprotected sex and driving while intoxicated. Parents and educators should be especially aware of the synthetic products that are popular among teens.

Nicknamed “smiles,” 2C-I is one of the newest designer drugs to hit the streets. Smiles is a hallucinogenic chemical compound that belongs to a class of drugs called phenethylamines. The drug is usually available in tablet form as a fine white powder, which is often orally taken with candy or chocolate. Smiles is used recreationally to generate feelings of euphoria, high energy, intimacy and mind-altering hallucinations. But because the drug also has extremely dangerous side effects, such as high blood pressure, hyperventilation, seizures, kidney failure, violence and aggression, 2C-I has been classified as a Schedule I controlled substance, making it against the law to possess, sell or produce the drug.

Live Science reports that smiles has been associated with several tragic incidents, including the deaths of two teenagers. Smiles is both a central nervous system stimulant and a hallucinogenic drug, meaning that its effects may be similar to methamphetamine or cocaine. Because smiles is manufactured in laboratories that have few or no production standards, users can never be certain of the quality or the content of the drug they’re buying, making its use all the more dangerous.

“AMT” and “foxy” are hallucinogenic drugs that have grown in popularity in the teenage club scene. AMT, or alpha-methyltryptamine, causes euphoria, a rush of energy, intensified emotions and visual hallucinations. Foxy, or 5-MeO-DIPT, is a hallucinogenic drug that was originally used in scientific research. According to SADD (Students Against Destructive Decisions), Foxy has 10 times the potency of Ecstasy, but it’s considerably less expensive. Both drugs are available in capsule form, and foxy is also sold in tablets. Because the chemicals used to produce these drugs are available for legitimate scientific use, foxy and AMT can easily be manufactured in underground laboratories. 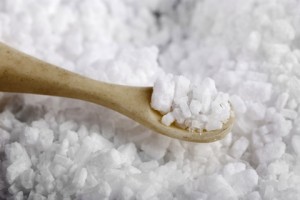 “Bath salts” is the term for a group of synthetic drugs that are sold in powder form with enticing names like “Ivory Wave,” “Blue Silk” and “Ocean Snow.” Addiction specialists are still trying to determine the exact chemical composition of these products, which are a new addition to the designer drug market. Many of the products sold as bath salts contain chemicals that produce effects that are similar to amphetamines, stimulating the central nervous system and creating a sense of high energy.

According to the U.S. Navy’s Medicine Division, one of the most dangerous active ingredients in bath salts is mephedrone, which belongs to a family of drugs called cathinones. Cathinone is a chemical found in an African plant known as “khat.” This narcotic drug initially stimulates the central nervous system, causing a surge of energy and elation. However, it can also cause intense feelings of aggression, violence and depression. Bath salts have been linked to violent assaults and homicides across the country.

The effects of bath salts have been compared to cocaine and methamphetamine, and like these drugs, bath salts can produce tolerance, cravings and addictive behavior. Side effects of bath salts also include psychosis, nausea and vomiting, breathing problems, paranoia, suicidal ideation, muscle cramps, bowel incontinence, a rapid heart rate, kidney and liver failure.

Also known as “incense,” spice is a synthetic form of cannabis. The drug was originally sold legally as an alternative to marijuana, according to the National Institute on Drug Abuse (NIDA) but the active chemicals have since been placed under the control of the DEA. Spice is produced by spraying leaf matter with synthetic cannabinoids, chemicals that replicate the effects of the chemical ingredients in marijuana. The NIDA reports that spice is one of the most widely abused drugs among teens, after marijuana.

Synthetic cannabis was sold at convenience stores and head shops at one time, and it is still available through online vendors and other illegal sources. Because the drug is often sold as “herbal incense” or “plant food” and marked as unsafe for human use, the manufacturers of spice are often able to evade legal restrictions on its sale or distribution. Spice can be smoked with or without marijuana or brewed as a tea.

GHB, or gamma hydroxybutyrate, is a central nervous system depressant that has been used legally to treat narcolepsy, a severe sleep disorder. The drug is strictly monitored by the U.S. Food and Drug Administration (FDA), but GHB is still manufactured illegally in underground laboratories and distributed in a liquid, powder or tablet form. The drug is also known as “Liquid Ecstasy,” “Grievous Bodily Harm” and “Georgia Home Boy.” GHB is popular at raves, and because the liquid form has no color or odor, it can be blended with alcoholic beverages. The Nemours Foundation warns that GHB can easily be added to drinks and consumed without the user’s knowledge.

GHB causes a euphoric high, a powerful sense of intimacy with others and hallucinatory experiences. But it can also cause respiratory depression, dizziness, changes in consciousness, nausea and vomiting, and vision problems. When mixed with alcohol, another central nervous system depressant, GHB can cause extreme sedation and may lead to breathing difficulties, unconsciousness, coma or death. 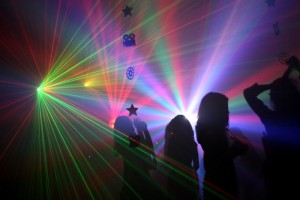 Ketamine is used for a variety of legitimate medical purposes in both humans and animals. The drug is used in medical settings to promote sedation, control pain and prevent respiratory problems. It is sometimes prescribed to treat depression in patients who have not responded to conventional antidepressants, and it is also used as a tranquilizer in veterinary medicine. The Partnership at Drugfree.org notes that most of the ketamine that is used for recreational purposes in the United States is stolen from veterinary offices. Ketamine is sold in liquid form and can be converted to a powder for illicit use.

When used for non-medical reasons, ketamine is often known as “Special K.” Users experience a dreamy state, accompanied by hallucinations and a sense of being dissociated from their bodies. At times, this sense of dissociation can have a nightmarish effect called “the K-hole.” Like GHB, ketamine is odorless and can be masked by alcoholic beverages. High doses can cause dangerous or fatal side effects, including memory loss, motor impairment, sudden high blood pressure and respiratory depression.

Rohypnol is the brand name for flunitrazepam, a sedative-hypnotic that is used legitimately in some countries as an anesthetic and a sleep aid. Rohypnol is not sold legally in the United States, but according to Columbia Health, the drug is transported into the US through Europe, South America and Mexico. Also known as “roofies,” “roachies” and “La Rocha,” Rohypnol earned a reputation as a date rape drug because it has been used to lower inhibitions, promote sedation and facilitate sexual assault. When blended with alcohol, Rohypnol produces a strong sedative effect. Unlike ketamine and GHB, however, Rohypnol has a bitter taste when it’s mixed with alcoholic beverages, which may alert the unknowing user of its presence.

Rohypnol is a benzodiazepine, like the widely prescribed drugs Xanax, Valium and Ativan. Like other drugs in its class, Rohypnol can cause tolerance, chemical dependence and addiction, according to the Narcotic Educational Foundation of America. The effects of Rohypnol — sedation, relaxation and contentment — are similar to Valium, but its sedative effect is up to 10 times stronger than Valium.

If you’re using Rohypnol and you suddenly stop the drug or drastically reduce the dosage, you may experience withdrawal symptoms such as anxiety, muscle pain, tension, restlessness and headaches. Rohypnol is sometimes called “the forget pill” because it can cause temporary amnesia, making you forget things that happened to you when you were using the drug. 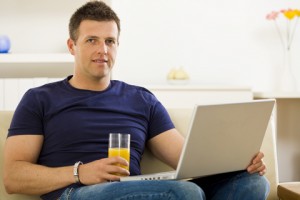 Roofies, Special K, bath salts and smiles may not be as familiar to you as cocaine, marijuana or OxyContin. However, familiarizing yourself with a wide range of substances can help you identify the warning signs of addiction in yourself or someone you love. Because many of these drugs are used at parties or clubs, using them occasionally may seem like a natural part of the fun. But tolerance and dependence are common side effects of designer drugs, which means that you can easily become addicted if you continue to abuse these synthetic products.

At Axis, we make an effort to educate ourselves, our clients and their families about the latest drugs on the market. Our addiction treatment services encompass not only the drugs that are widely known throughout the country, but the latest designer fads. We encourage you to contact us for information about our individualized treatment plans for these lesser-known drugs of abuse.